A completely novice rally crew has secured the ‘American dream’ by winning their first ever endurance event, The Pan America Classic Rally, journeying from Savannah, South Carolina, to Seattle, Washington, over 21 days. Karl Caddick and Steve McKay, from Dorset, had never rallied before meeting with Rally Preparation Services (RPS), who prepared their 1970 Rover P5B for the incredible 5,900-mile journey.

The route from talking about doing a rally to winning the rally took just over eight months, following a meeting with RPS managing director Simon Ayris. “Karl and Steve came to see us with a long term goal in mind,” Simon explains. “They wanted to compete on the Endurance Rally Association’s Road to Saigon in 2018, a 27-day rally from Singapore to Vietnam for vintage and classic cars – something they hadn’t even got!

“We talked about what sort of car they wanted and they even purchased a lovely Mecedes 280 SE from us but then the guys presented us one day with the Rover, asking us to get it ready for the Pan-Am rally. We had just a little over three months. We then talked about not just getting the car rally ready but also the crew, and as a run in I suggested they compete on the Pan-Am Classic as a ‘shakedown’ for their future plans. 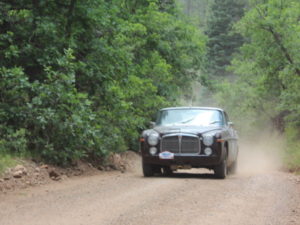 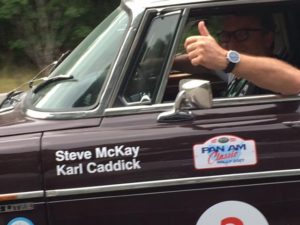 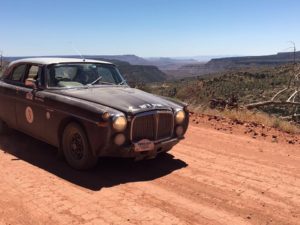 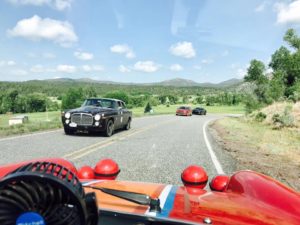 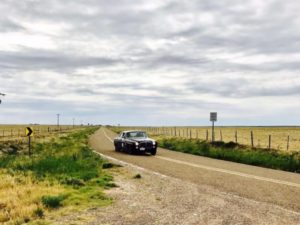 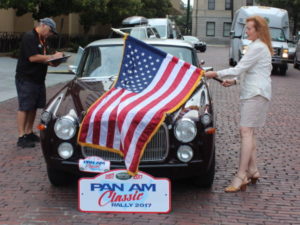 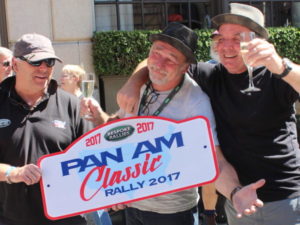 “Steve and Karl had done tours on motorbikes and modern cars but never a rally. They openly said to me that they had stumbled across the historic endurance rally scene and wanted to get the bit between their teeth and to get involved. I can’t believe they’ve won, its incredible.”

The Rover crew joined a group of 20 competing teams on the Pan-Am Classic Rally, organised by Bespoke Rallies, driving through Nashville and Memphis, Amarrillo, Utah, Las Vegas, San Francisco and the Yosemite National Park on its way to the finish line.

It wasn’t all plain sailing for Karl and Steve though as driving the tough terrain took its toll on the car which needed looking after to make sure it went the distance. The car soon began to tire at nearly 50 years old despite the crew pressing on each day. The front wheel bearings and brake pads soon needed attention as well as general maintanence given the push on nature of the event.

“Thank goodness the RPS boys were on the end of the phone, no matter what time of the day or night,” adds Rally organiser John Brigden. “We got a message to the RPS team one Sunday evening whilst the rally was en route to California. We had a list of parts needed and as promised by return the parts landed exactly where we needed them two days later. The parts were correct but more importantly ready and waiting to go straight on the car. This level of service for clients is exceptional.”

With one rally and one win under their belts, there will be no stopping Karl and Steve,  who have already secured an entry on the 2019 Peking to Paris Motor Challenge, the toughest rally there is for classic and vintage cars.

For information on Bespoke Rallies, visit www.bespokerallies.com. For updates on the Road to Saigon and Peking to Paris Motor Challenge, visit www.endurorally.com.