As the sun tried to break through the early morning haze over the Englefield Estate, David and Alison Ring in the Datsun 240Z were flagged away from the front of the house by RPS MD Simon Ayris at 9:01am for the Tin Cup Trial.

To get the juices flowing – for both the crews and the cars, it was straight into the first of three tests around the stunning grounds. The first was a speed test with a difference – it was to go slow as the Deer Park has a new herd of fawns that we didn’t want to frighten. Then it was a blast across the front of the beautiful house before s sprint down a dirt track and the test finish – before taking to the open road. 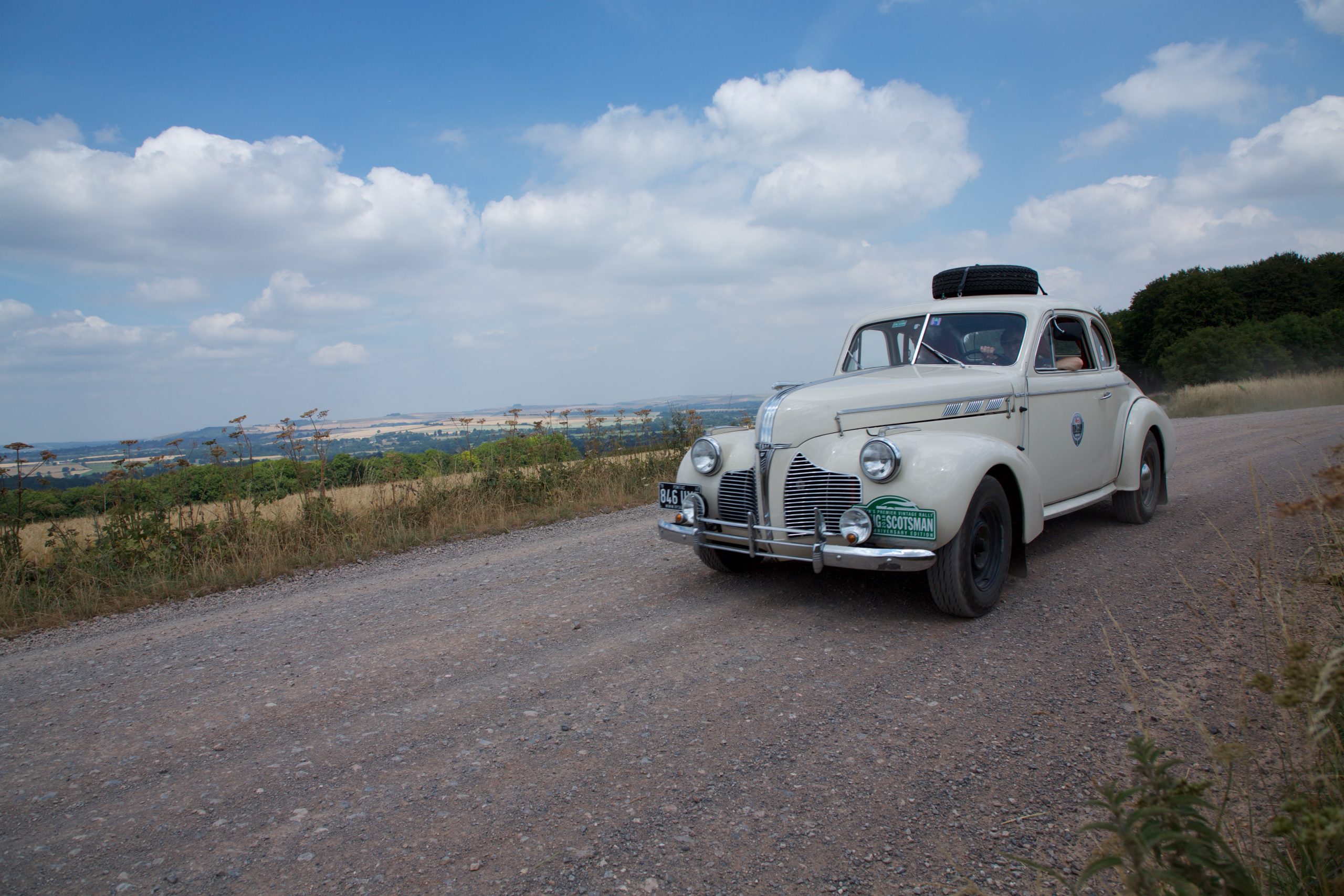 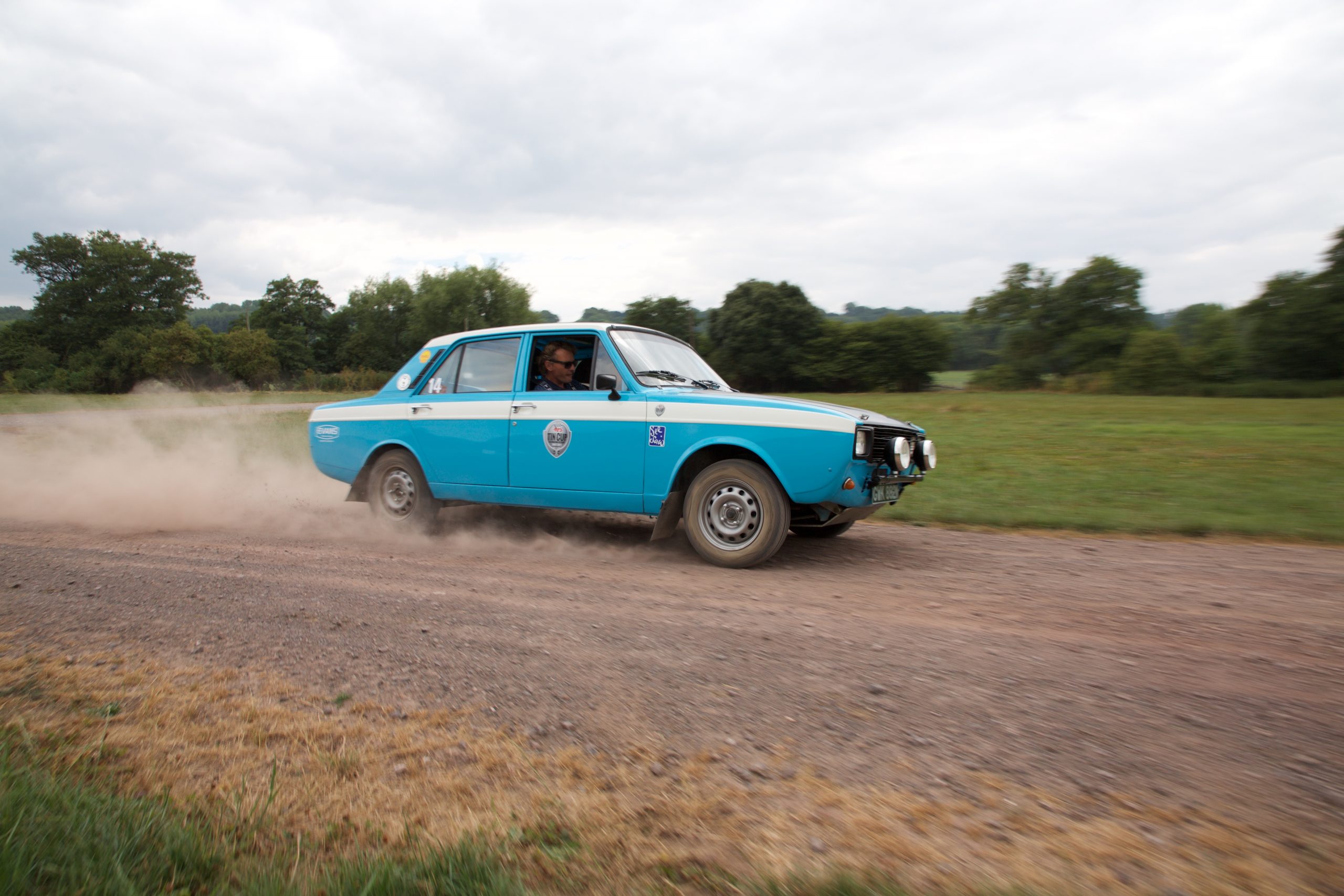 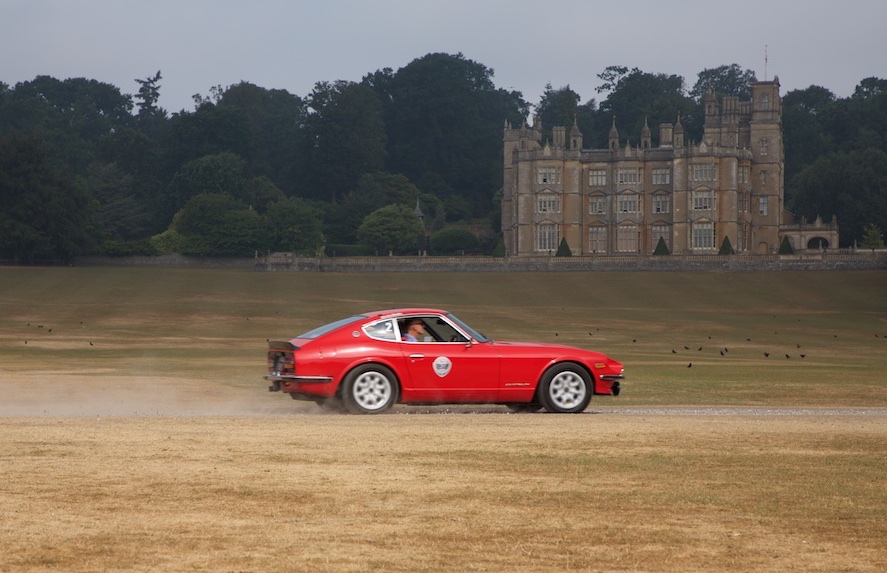 Winding lanes, used in many road rallies, and quaint villages were passed through before the crews started to climb to the summit of Combe Gibbet.

From there, it was a twisting blast to Crofton Beam Engine Museum for morning coffee before tackling the gravel of the Salisbury Plains. Dust flew as the cars made the most of the open space but sadly it wasn’t ‘plain sailing’ for Bill and Jacqui Cleyndert whose cam belt went on their Mk1 Ford Escort.

After hitting the high point of Westbury Hill, the crews then faced the first two of today’s tests at Frome Showground, with lunch at the Bath Arms nestled in between.

Frome proved to be the opening act for the next test at Worthy Farm, the home of the Glastonbury Festival. With the Pyramid Stage in the background, crews took on a rambunctious five-mile route which challenged many a navigator – remember don’t follow the person in front – they may be lost too!

Like many a festival goer, Glastonbury proved too much for some with George and Margo Cohelo ending with a puncture on their Volvo, Julian and Karen Griffith’s Hillman Hunter having noises from the brakes, James Manners and Joshua Hornsby bashing the underbody hard of their Triumph 2000, and Andrew Laing loosening a cable underneath his Alfa Romeo Alfasud. Good job #TeamRPS knows a thing or two about fixing cars as all made it to the night halt at Bailbrook House Hotel on the outskirts of Bath.

At the end of Day 1, Keith Weed and Richard Holmes lead the Vintageants while David and Alison Ring are ahead in the Classics, as well as being awarded the coveted title of Glastonbury Headline Act for the fastest time at Worthy Farm.