On the 27th January 2016 over 300 crews will battle the elements as they tackle the 19th running of the Monte Carlo Historique Rally – and a team from RPS will be right there with them, supporting the Swiss Historic Rally team as they brave the elements.

Setting out from five European cities, Oslo, Glasgow, Bad Homburg, Reims and Barcelona, the concentration will see crews converge on Saint-André-Les-Alpes in France where they will tackle the first of 14 regularity stages to determine the winner of this tough event.

To give you an insight into this event we’ve put together five ‘must haves’ that will go a long way toward helping you tackle, and more importantly survive, this gruelling event.

Illegal on UK roads, for many crews their first experience of using them comes at the end of the concentration run as the route climbs into the snow covered roads of the Alps. They will not turn your car into a slot racer, so take it easy into that first corner and build up your confidence in the car’s handling ability.

Your trip meter is your best friend. Accurate to a 100th of a mile and in conjunction with a stop watch and speed tables it’ll enables you to keep to the average speeds required. If you can, hook it up so it takes distances from a non driving wheel, so that any wheel spinning driver enthusiasm doesn’t give you false distance readings!  Learn how to use it, learn how to reset it and learn how to adjust it on the move so that it becomes second nature to you, even after 20 hours without sleep…

“Fail to prepare, prepare to fail” It may sound like a cliché but ignore it at your peril.
Drivers need to prepare for what the event can throw at you.  You’ll be rallying at altitude; will you need to adjust the fuel mixture to compensate? Do you know how to adjust it, in the dark, when it’s snowing and windy and the engine’s hot and you’ve only had 8 hours sleep in the last 40 hours…?

For navigator this means not only knowing your due times at controls to avoid lateness penalties, but also knowing the route intimately. It is not unusual for the more competitive crews to drive the   route a week beforehand to make pace notes.  Also never trust a driver, especially a tired one,  to get you to any given location, that’s your job, do it!

Have we mentioned you’ll be tired…? The event is utterly exhausting so keep your food and fluid levels up to keep you alert!  Avoid energy drinks, once the sugar/caffeine hit has worn off you suffer a massive low which can affect sleep patterns. Eat fruit, a little at a time and often, and at every opportunity get out of the car and stretch your muscles, even if it is -5 Degrees outside!

Have you seen the price of a drink at the Monte Carlo Sporting Club’s bar! If you get that far have one, you’ll have truly earned it, but don’t say we didn’t warn you! 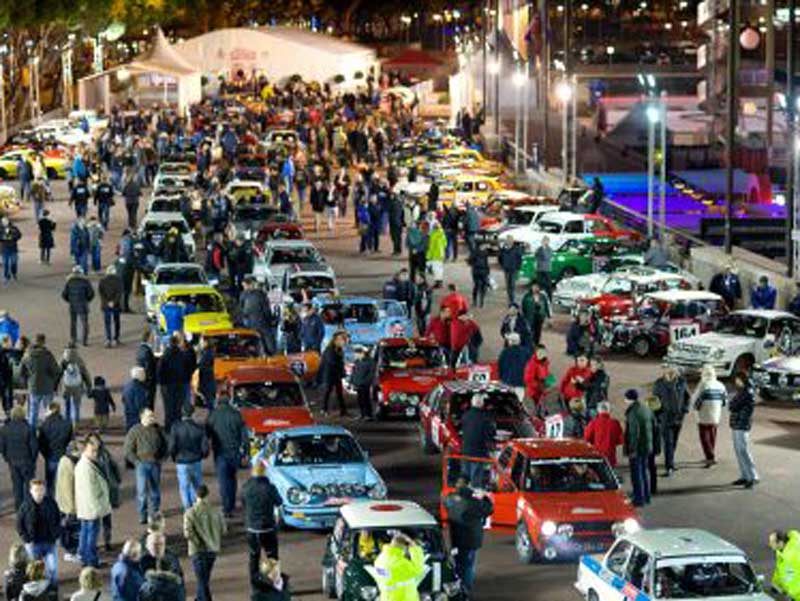 Monte Carlo in the snow